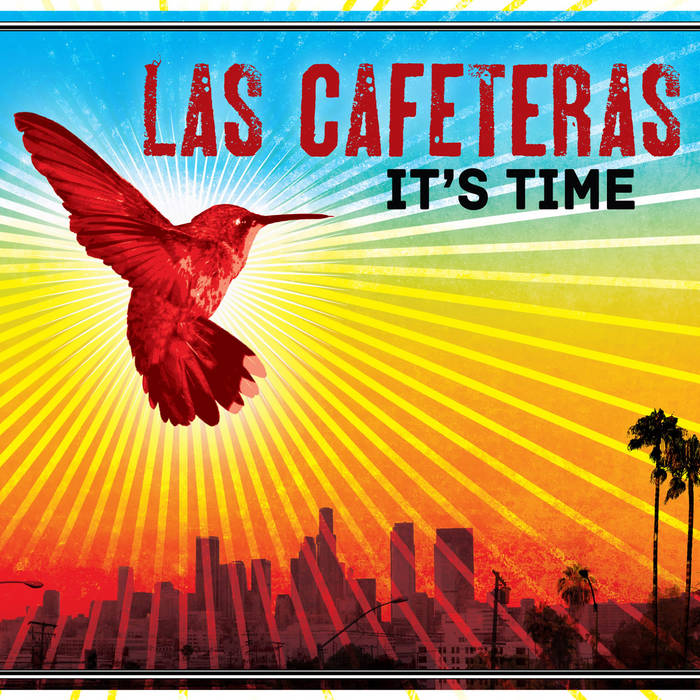 I love you
I do, I do, I love you (Repeat)Walk me through your land
Luna, Luna

Ya me voy…sin dinero…ya me voy…yo no quiero…Pero Ya me voy,
Ya me voy, yo no quiero, sin dinero, tengo miedo, pero voy

Ya me voy, yo no quiero, sin dinero, por mi sueno, ya me voy
En la tarde ya me voy,
Con la luna ya me voy,
Tengo miedo pero voy,

Cause really, it hasn’t been that long,
So just in case Kat Williams has you guessin’
Let me kick yall down with a little hystory lesson

In the 19th Century, while the US promoted degradation, annihilation with its military and US navy,
Mexico was getting rid of the caste system, voted for its 1st indigenous President, even getting rid of Legalized Slavery,

The Underground Railroad also ran south,
Which led Black folx to freedom,
With Mexico right there, to recieve them

In 1910 it was Mexican men, with Pancho Villa and Zapata,
Fighting for Tierra, Libertad y Techo
With Adelitas on the Front Lines with Bullets across their pecho

In the Year 1946, it was the Mendez that fought against segregation in schools,
cause before that, they treated us like foolz
Pushing us out into Gangs, Wars and Drugs,
And then get they get pissed off at US!
When we become Crips and Bloods,
Traviesos, zoot suiters, pachuchos, folkloristas, punks, bomberas,
Jaraneras in the heat, jaraneros with a bomb ass beat,
Talking about what’s really going on in the streets

In the 60’s in the streets of Oakland California, Black Panthers organized for Answers
Young Lords in New York fought against wars,
The Stonewall Rebellion remained true to the rights of the LGBTQ
A.I.M who was down with Native Rights with no shame in their game,
Brown Berets in LA learning how to fight, and doing what’s right,
In the Campos of California, Fillipinos were the 1st ones to lay down the Boycott,
Screaming in Solidarity, ISANG Bk SAK!
One Rise, One Fall, You come for one, you come for all!

And today, Arizona and Alabama don’t play,
Carving out Racist laws like its make out of clay

I stand with Emmitt, Trayvon, Oscar, and Bell,
With my mentor, Mumia up in the cell,
Telling you id rather be blind that to stay quiet on a day where my people are hunt down like prey

Cause my ability to breathe is directly connected to my ability to see,
That its not about me, never was, never will be,
Its about ‘WE’
It’s Time to Move Ya’ll,
It’s Movement Time!

Alarm clock volume’s up
Gotta fill that coffee cup
Caffeinated just enough
Stretch and send a prayer up
For your kids and family
To be safe be strong & be healthy
And one day we will be set free
But right now you got a whole house of mouths to feed
Time is really runnin’ thin
Can you fit a breakfast in
Lucky if you see your kids
Deep breathe take this moment in
Out the door & on your way
Off you go another day,
Gotta be on point today
And update that resume
Cuz this recession is a test
they’re making cuts & now they want more for less
So if you start to feel that extra stress
Just do your best, and leave the rest
Cuz our ancestors did it too
Somehow they all made it through
Something that we all must do
Keep hope alive you’ll make it too

From cooks waiters & bakers for our daily bread
To TA’s assistants & those teaching special ed
Bus drivers getting us to work on time
From djs breakers, writers & MCs who rhyme

Oh my iguana
Where do you go?
Traveling thru
The lands below